To cope with the increasing demand for court services and the shortfall in the number of courtrooms, the Judiciary proposed the construction of the WKLCB in 2009.  It also serves to consolidate the Tsuen Wan Magistrates’ Courts, Coroner’s Court, Obscene Articles Tribunal and Small Claims Tribunal under one roof. 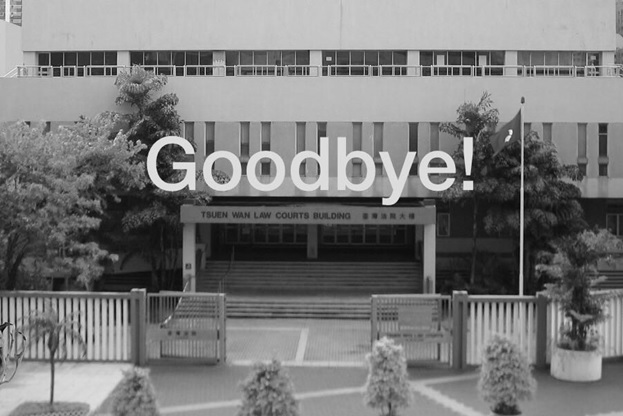 The WKLCB comprises two tower blocks for the provision of West Kowloon Magistrate Courts, Coroner’s Court and Obscene Articles Tribunal in Tower A and Small Claims Tribunal and Bailiff Office (West Kowloon Law Courts Building) in Tower B.
Inside the building are 32 courtrooms, witness waiting rooms, consultation rooms and registries.  Other facilities include a press room; chambers and library for Judicial Officers; offices for support staff; a centralized accounts office; facilities for the Police, Correctional Services Department, Social Welfare Department and Duty Lawyer Service.
The design of the WKLCB also responses to the call for larger courtrooms to cater for the most high-profile cases which involve a massive number of attendance of legal teams, journalists and members of the public.
An Information and Enquiry Centre has been set up to allow the public to make enquiries in relation to the legal services provided in the WKLCB.

The Small Claims Tribunal has first been relocated to the WKLCB from Wanchai Tower and commenced operation on 19 September 2016. The Tsuen Wan Magistrates' Courts and the Bailiff New Territories Regional (Tsuen Wan) Office have been relocated to the WKLCB from Tsuen Wan Law Courts Building on 28 December 2016 and renamed as the West Kowloon Magistrates' Courts and Bailiff Office (West Kowloon Law Courts Building) respectively.  Shortly after, the Coroner's Court and the Obscene Articles Tribunal have also been relocated to the WKLCB from the Eastern Law Courts Building on 16 January 2017.
Our lawyers have recently appeared at the West Kowloon Magistrate Courts to defend clients for various criminal cases and to conduct mitigations.