“ Michael has served on The Law Society of Hong Kong for twenty-two and a half years during which time he was Vice President for two years and President for one year. His service on the Council is probably the longest in our history.

During his presidency there was a heated debate about whether the existing scheme regulating the Solicitors’ Indemnity Fund was sufficient or should be replaced with cover from the private insurance market, following Council decision to make a call on the fund requiring practitioners to pay additional sums into the Mutual Funds in order to meet the surge of claims arising out of conveyancing matters following the property crash in Hong Kong in 1998 and when one of the reinsurance companies in Australia has gone into liquidation.  Michael chaired a lively debate at the EGM in which members voted to remain with the existing scheme. The SIF now has a very healthy surplus and it has been possible for the Law Society to reduce the annual amount of contributions solicitors were required to make into the fund in recent years.   During his presidency, a Group Practice regulatory system being introduced for solicitors’ firms and a limited liability partnership scheme being put to the government for consideration.

Michael has served on many Law Society Committees over the years including chairing the Standing Committee on Standards and Development, the Standing Committee on Policy and Resources, the LegCo Liaison Group, the Working Party on Solicitors' Accounts Rules and the Working Party on Chambers Practice and serving as member of the Guidance Committee, the Consents Committee and the Working Party on Limited Liability Partnerships and others. He has been chairing the Anti-Money Laundering Committee since 2004, a committee with very heavy workload dealing with the impact of the FATF Recommendations and the legislative amendments to Anti-Money Laundering and Counter-Terrorist Financing (Financial Institutions) Ordinance on the Law Society's regulatory role. 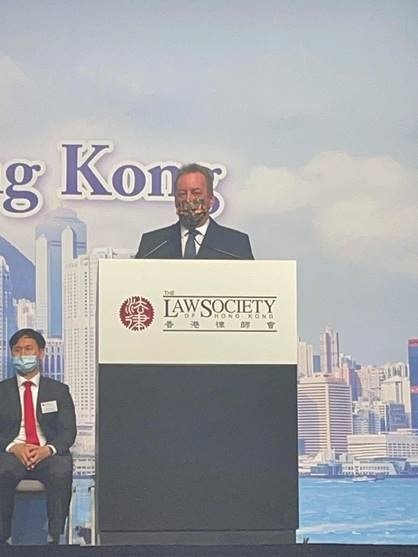