Senior Partner, Michael Lintern-Smith, attended the meeting with the Consul of General of the United States, Mr. Hanscom Smith

Senior Partner, Michael Lintern-Smith, attended the meeting with the Consul of General of the United States, Mr. Hanscom Smith.

The meeting was to discuss the Hong Kong Human Rights and Democracy Act.  The purpose was to analyze the impact of the Act upon business in Hong Kong.  A presentation was also made by Jessica Bartlett of Barclays.

The view expressed by those participating was that the consequences for Hong Kong though serious were not immediately detrimental principally because the powers referred to in the Act already existed.  Although provision has been made for a list of persons breaching Hong Kong human rights to be sanctioned, the meeting was informed that no such list already exists and there are no plans to immediately implement one.  It would, nevertheless, be necessary for a more detailed report to be prepared for the American Government and its President on the degree of autonomy in Hong Kong and any infringement with regard to human rights.  Consul General Smith predicted that a greater analysis of Hong Kong’s situation would have to be prepared in a regular Assessment.

The Act also provides that students and visitors to USA would not be barred due to the fact that they had a criminal conviction if it was linked directly to the protests in Hong Kong. 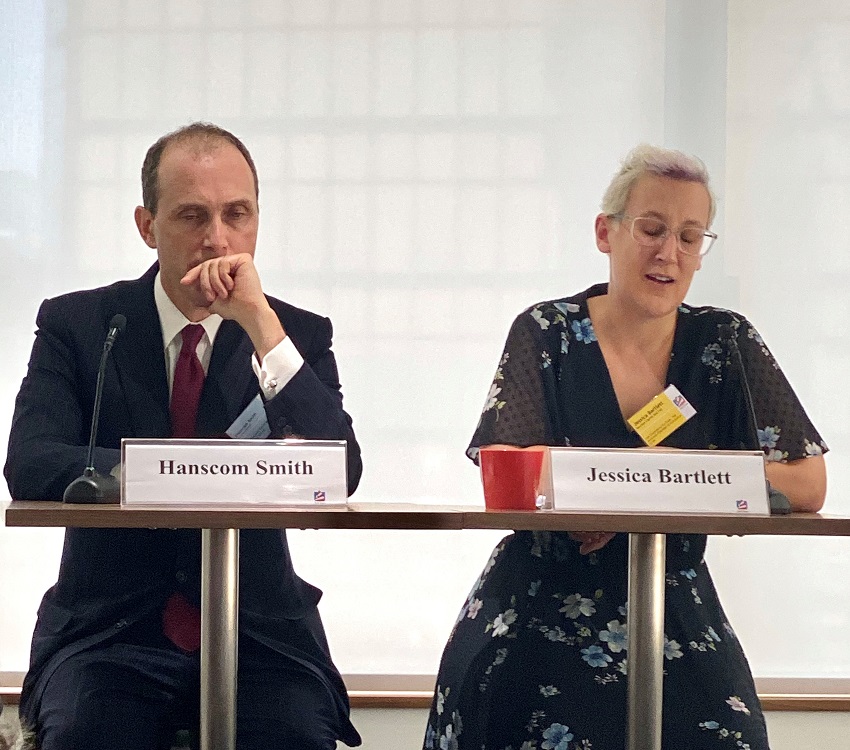